Do you really need a church app? Maybe not. 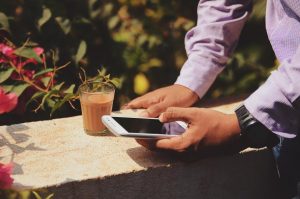 Is your ministry thinking about investing in a church app?

Maybe you’ve been approached by PushPay or Tithe.ly or Subsplash or another purveyor of digital goods and, understanding the importance of keeping up with technology, have been convinced that spending a few extra hundred dollars a year for a church app is a good idea.

Many providers of church apps do a great job of selling their products. “One of the best ways to make your church more modern is with your own branded app to help everyone stay connected,” suggests ReachRight, one of many companies that create digital products for  churches.

Some impressive numbers seem to suggest that all churches now need apps:

The trouble is: For most churches, a church app is the proverbial “pig in a poke,” something bought without an understanding of what’s being purchased. Even more concerning: Money spent on a church app may well be wasted money — funds spent with good intentions but with little result. Really. Read on.

In Church Apps: 11 Need-To-Know Facts Before Investing In A Mobile App, Brady Shearer makes a pretty compelling case against church apps, especially for churches with mobile-friendly websites that already deliver everything an app would include. As Shearer notes, “When a church website does its job, it can do everything a mobile app can do – and more. Knowing this, why would your church pay for two different platforms that are both doing the exact same thing? It just isn’t prudent.”

(Hot tip: All websites constructed by Friends of Ministry are mobile-friendly.)

Here are some of the reasons that spending money on a church app might not be the most-inspired, God-given idea:

If you build it, no one will come. For every 10 minutes spent on a smart phone app, 9 minutes are spent on one of the top 5 apps: Facebook, YouTube, Facebook Messenger, Google Search and Google Maps.

That’s how most people use their smart phones — looking at Facebook feeds and YouTube videos, searching Google, finding locations through Google maps, and sending messages to friends and family.

So, consider: Are your congregants average people? Do you think their smart phone habits will change, even if they love your church?

Thousands of organizations have invested in apps that are never used. Sixty percent of apps in the Google Play Store and in Apple’s App Store have never been downloaded. Not once. By anybody.

An app may allow you to send push notifications, but most people don’t like them. “Push notifications are rarely enabled and the majority of people find them annoying when they receive too many,” Shearer reports. Do you really need a way to annoy your congregants?

You could spend the money and lose the app. Please see Fact #10: Your church app could be shut down at any moment, in Shearer’s report.

Mobile websites still beat mobile apps (by some measures). A 2017 study by ComScore revealed that, among the top 500 apps and top 500 mobile websites, the websites attracted more than twice as many visitors as the apps did.

(Kudos to Shearer for a well-researched, well-written report.)

You’ll have to build it yourself. Unless your church is prepared to spend hundreds or thousands of dollars up front, you’ll be using online software to build your own app. Some companies that provide app-building solutions also give excellent support, while others do not.

If you’re still convinced that you need a church app, then here is a list of a few of the top church app providers, along with current costs. Just keep in mind that not all of them offer all of the same features, so you’ll need to spend some time on research and ask a lot of questions in order to make an informed decision.

Thank you for subscribing.

We respect your privacy and take protecting it seriously